Ryan’s fight for life was phenomenal, his comeback from health issues were amazing. Ryan is a true warrior, his strength powerful. He is a hero to us and an inspiration to all. 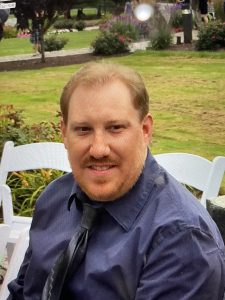 Ryan lived his life doing what he wanted, nothing stopped him from working, having his own apartment, driving to new places and enjoying his life. He loved his family, especially his brother, his many friends, working and his co-workers. We know with Ryan’s passing, he is at peace and is no longer in pain, plus spending time with his Dad, who passed away when Ryan was three years old. Ryan is still doing things his way, but we feel him all around looking over us and watching out for all of us. Of course, Ryan being a die-hard New York Yankee fan, he will be up there coaching them. Watch out, Red Sox!

Ryan made many friends over the years who loved and respected him, thank you all for being the best friends ever and also for looking out for Ryan. A big shout out for Chris, Josh and Jonathan, true friends who all looked out for one another.

Ryan’s last job was working as a survey coordinator for Archer Western Construction Co. in Miami, Fla. Even with Ryan’s many health problems, he wanted to work and he wanted to be treated as if he had no health issues. Ryan was a great worker and did his job.

Ryan made everyone who knew him so proud, he was so loved and will be deeply missed.

Ryan had the best laugh, it was awesome. Of course when Ryan had his bad moments, watch out, this was his way of venting his frustration and his way of saying I just want to be healthy. If anyone walked a mile in his shoes, they would understand this.

Ryan was preceded in death by his father, Frederick Toth; his grandparents, Joseph Pavlowski, and Jack and Alice Toth. He is survived by his mother, Joann (Pavlowski) Toth of South Carolina; his brother, Thomas Toth of S.C.; and his grandmother, Mary Pavlowski of Conn.

Ryan is also survived by his aunts and uncles, Joseph and Roseanne Pavlowski of Conn., Patricia and Brian Fair of S.C.; Diane and Joe Sobota, Michael and Brenda Pavlowski, MaryLou and Mark Majowski, Jack and Sue Toth, and Billy and Denise Toth, all of Conn.; Alice Mencel of Fla., plus beloved cousins and many friends.

Love, appreciation and thanks to all who helped and supported Ryan throughout his journey.

A heart filled appreciation to his heart transplant team in Gainesville, Fla.; his diabetes doctor and oncology team.

Ryan was loved by his family and his many friends.

A Mass of Christian Burial was at St. Francis of Assisi Church, 318 Church St., Naugatuck. Burial followed in St. James Cemetery, Cross St., Naugatuck. There are no calling hours and arrangements have been entrusted to the Buckmiller Thurston Mengacci Funeral Home, 82 Fairview Ave., Naugatuck.

In lieu of flowers and to honor Ryan’s memory, the family requests donations to any heart fund, diabetes fund or cancer fund of the donor’s choice.