NAUGATUCK — Roland R. Veronneau, age 90, of Naugatuck, passed away peacefully at his home on Saturday, Sept. 17, 2022, surrounded by his loving family. He was the beloved husband of Joan Ann (Corbett) Veronneau.

Roland was born June 9, 1932 in Seymour, a son of the late Charles and Marie (Lefevbre) Veronneau. He proudly served his country in the United States Navy during the Korean War.
Roland began his career as an electrical apprentice at Scovill Manufacturing and CL&P before he and his brother Marcel founded Veronneau Electric and Veronneau Building & Electrical Supply in Prospect. 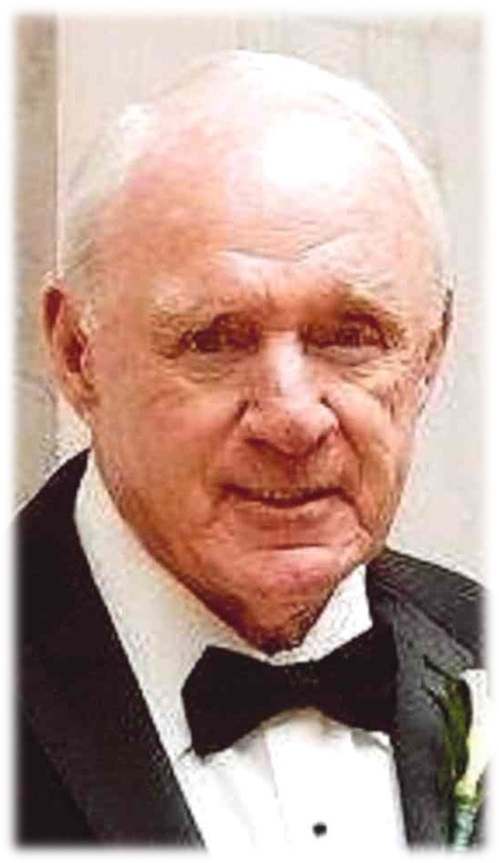 Roland was a loving husband, father, grandfather and great-grandfather (gramps and poppy), who enjoyed golfing, skiing and sailing, but most especially spending time with his family. He will be greatly missed by those who were blessed to know and love him.

Besides his wife of 37 years of Naugatuck, he leaves his son, Raymond Veronneau and his wife Andrea of Bethany; his sisters, Jean Leach of Florida, Elizabeth Veronneau of Bristol and Arlene Bouthot of Bristol; a daughter-in-law, Rena Veronneau of Southington; his grandchildren, Christine and Jason Basil, Michael Veronneau, Michelle and Craig Behun, Ashely Kalchbrener, Patrick and Lauren Veronneau and Raymond Veronneau Jr.; a stepgrandson, Christopher Lawrence; and his 12 great-grandchildren.<t$>

He was predeceased by his first wife, Marcia (Rasmusson) Veronneau; his son Charles Veronneau; and his brothers Paul, Roger and Marcel Veronneau.

A Mass of Christian Burial was to be celebrated on Saturday, Oct. 1, 2022, at 10 a.m. directly at the Basilica of the Immaculate Conception, 74 W. Main St., Waterbury. There were no calling hours. Burial was to be at the convenience of his family.

Memorial contributions in Roland’s name may be made to: Children’s Community School, 31 Wolcott St., Waterbury, CT 06702.