NAUGATUCK – Mrs. Phyllis (Kloc) Burns, 92, passed away after a long, courageous battle with cancer on Saturday, July 30, 2022 at her home in Naugatuck, with her loving family by her side.
Phyllis, one of fifteen children, was born on June 25, 1930 to Joseph S. and Eva (Warneska) Kloc of Naugatuck. She graduated from Salem School and Naugatuck High School, class of 1948. She completed Comptometer School and worked for many years as a bookkeeper at Risdon Manufacturing. 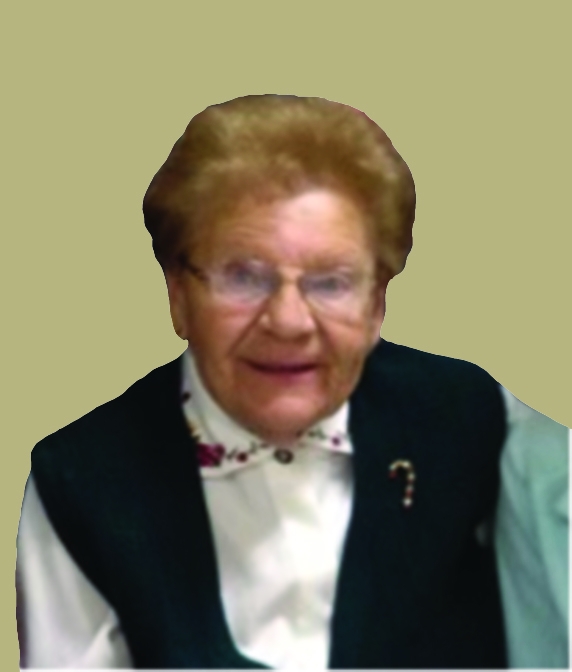 Phyllis married Robert J. Burns, longtime burgess for the borough of Naugatuck, on Aug. 1, 1953 and they enjoyed raising their family on Pleasant Avenue. Coming from a large family, Phyllis possessed a strong sense of family values and always exhibited a positive outlook on life, which she passed along to her sons and grandchildren. Kind-hearted and generous, she was committed to caring for her family and long after retirement “worked” taking care of her grandchildren, who have fond memories of times spent at her home. She was an excellent cook and could always be found in the kitchen preparing a meal for her husband or one of the kids.

Phyllis was a member of the Naugatuck Emblem Club, the Polish American Club, the Naugatuck Women’s Club, and was named Mother of the Year in 1997 by the Fraternal Order of Eagles. She was a parishioner of St. Francis of Assisi Church and a longtime volunteer for the Peter J. Foley Little League, serving as president of the ladies’ auxiliary. Phyllis and Bob were presented with the Naugatuck High School Alumni Association Award in 1984. She was an avid bingo player and was considered by many to be one of the luckiest people around.

In her later years, Phyllis enjoyed the constant care and company of her son, Bob Jr. and grandson, Robert III, who could attest to the fact that she never complained about the struggles of her illness.

Left to cherish the memories of Phyllis’ life are her sons, Robert J. Burns Jr. and his wife, Maria, Thomas Burns, and Kevin Burns and his wife, Tina; her five grandchildren, Ryan, Robert III, Michael, Lauren and Shannon; her sister, Catherine and brother-in-law, Louis Cardinale of Florida; her sister-in-law, Rita (Burns) Hubbell of Southbury; numerous nieces and nephews, and great-nieces and great-nephews.

The family would like to thank Dr. Ralph Tremaglio, Dr. Medrano, the staff at the Harold Leever Center and the Hospice Team from Hartford HealthCare. The family is also grateful for the long-term loving care provided to Phyllis by Dana, Aneta and Christina.

In lieu of flowers and to honor Phyllis’ memory, donations can be made to the Harold Leever Regional Cancer Center, 1075 Chase Parkway, Waterbury, CT 06708.

To send the family an online condolence, kindly visit buckmillerthurstonmengacci.com.