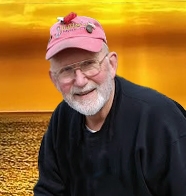 Born in Derby on March 12, 1943, he was the son of the late Peter John and Olga Kowtko Pozucek. Mr. Pozucek was raised in Derby and was a 1961 graduate of Derby High School. He was a proud U.S. Army Veteran of the Vietnam War and a member of the Catholic War Veterans, as well as the American Legion. Mr. Pozucek worked as a postal clerk for 21 years at the Seymour Post Office, until the time of his retirement.

Before his postal employment, Mr. Pozucek worked as a technician for AT&T for 27 years. He was a member of the Church of the Good Shepherd, Seymour and Sts. Peter and Paul Church, Ansonia. Mr. Pozucek was an avid outdoorsman, enjoying hunting and fishing.

In addition to his wife of 56 years, he is survived by his devoted children, Kerry (Kevin) Reitz of Montana, and Jeffrey Pozucek of Naugatuck; a sister, Debra (David) Granton of Seymour; and cherished grandchildren, Abby and Aaron Reitz of Montana; as well as many nieces, nephews, and cousins.

Memorial contributions may be made to the American Cancer Society, 1075 Chase Pkwy, Waterbury, CT 06708.

Online condolences may be made at wakeleememorial.com.