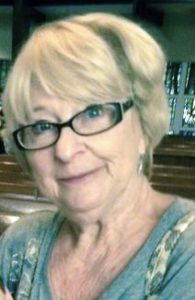 MELBOURNE, Fla. — Diane Carol (Jacoboski) Croce, 78, died peacefully on July 18, 2021, at VITAS Hospice in Melbourne. Diane was the widow of Michael Croce, who she was married to for 52 years.

Diane was born on Oct. 19, 1942, in Waterbury, Conn., daughter of the late Vincent and Agnes Jacoboski. Diane was a former resident of Naugatuck, Conn., where she graduated from Naugatuck High School. Diane graduated from Bay Path Junior College and she worked for many years for the United States Postal Service.

Diane is survived by her son, Steven Michael Croce (Kelly) of Cheshire, Conn.; her daughter, Jennifer Croce-Alvarez (Peter) of Melbourne; her grandchildren, Michael Vincent Croce (Rachel) of Stratford, Conn., Kellen Croce and Steven Croce both of Cheshire, Conn., Alexandra Croce and Abbey Croce, both of New York, N.Y., Peter A. Alvarez and Ian Alvarez, both of Melbourne; her great-grandson, Carter Jeffrey Croce of Stamford, Conn.; her brother, Ronald Jacoboski (Sue) of North Carolina; her sister, Debra Dillon (Dave) of Naugatuck, Conn.; and several nieces and nephews.

Per Diane’s wishes, there will be no services.