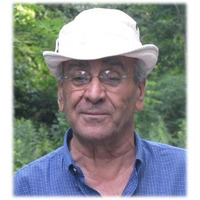 Antonio was born in Havana, Cuba, to Jose and Concepcion (Alvarez) Pereira.

Antonio saw first hand the destruction of personal freedoms by Communist forces in Cuba and decided to legally immigrate to the U.S. from his beloved country at the age of 24. This decision nearly cost him his life as he was kidnapped from a city bus, detained, and beaten severely, leaving him with lifelong physical ailments.

Antonio arrived in the U.S. in 1962 with a young family and the clothes on his back. He worked tirelessly to provide his family with every need and every want.

Antonio became a citizen of his adopted country as soon as he was able and proudly flew the American flag outside of his home.

His descendants will forever honor his bravery that allows them the freedoms denied to many.

Antonio loved nothing more than to be surrounded by his family and his children’s forever friends who passed through his house over the years.

Though Antonio never returned to his homeland in his earthly form, his family is comforted in knowing that surely he has after death and that all of his earthly burdens are no more.

Services for Antonio, per his wishes, were private.