NAUGATUCK — Mr. Anthony J. Orsini Jr. passed away peacefully on Oct. 12, 2022. He was the beloved husband of 59 years of Margaret Birkenberger Orsini. 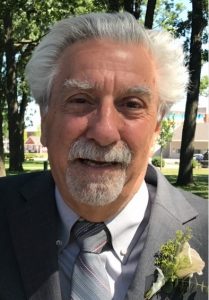 He graduated from Leavenworth High School in 1957. He retired as a tool and die maker for Timex Corp. in Middlebury after 34 years of service.

He worked for a short time at Palco Connector in Naugatuck. He also worked as recycle coordinator in Naugatuck for more than 15 years. He was a member of the Connecticut National Guard (1963-1969).

In addition to his parents, he was predeceased by his sister, Mary Ann Strilkauskas.
He loved spending time with his family, especially his grandchildren. He followed UConn women’s basketball faithfully and was a dedicated Yankees fan.

All services were to be private. In lieu of flowers, memorial contributions may be made to the Naugatuck Food Bank. Kindly visit buckmillerthurstonmengacci.com to send the family an online condolence.