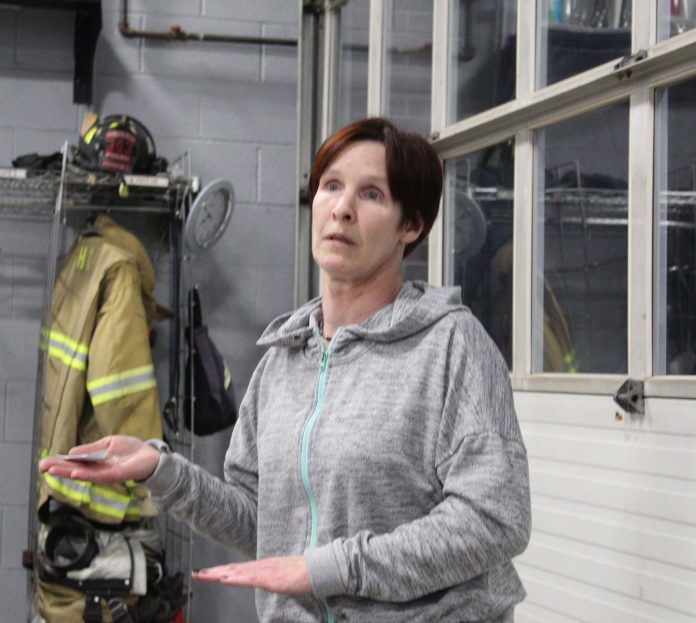 BEACON FALLS — Town residents rejected a town ordinance for the establishment of a fair rent commission following after months of outcry from River’s Edge Mobile Home Park residents when a sharp rent increase was imposed by the new out-of-state owner.

Residents voted 78-39 on Nov. 29 against establishing the commission in a packed meeting at the Beacon Hose Co No. 1 firehouse.

After the vote, First Selectman Gerard Smith said  “it was the fear of the financial unknown impact to the town” that led the majority to vote against creating the commission.

Mobile home residents have previously attended consecutive Board of Selectmen meetings and petitioned their support for a fair rent commission. Their new landlord, Athena Real Estate of Orlando, Fla., raised monthly rent by $50 this year, following increases of $30 and $45 in the previous two years when it acquired the 55-unit mobile home park in 2019 from the community’s current manager, Mark Kudasik. Many of the residents are elderly or on fixed incomes.

Athena CEO Richard O’Brien previously said the rental increases are in line with the inflationary consumer price index increase for the last year and demand at the community is high with occupancy at 100%.

The proposed ordinance states the creation of fair rent commission is for the purpose of controlling and eliminating excessive rental charges for housing accommodations within the town.

Richard Gard, who lives on Rice Lane, said at the hearing  he would vote against the fair rent commission because it’s an expense that is open-ended.

“We’ve been waiting years for our main road to be repaired,” Gard said. “There’s just not the money to do something.”

Former first selectman of Oxford, Kathy Johnson, who owns a trailer with her husband for their brain-injured son who lives in the park, said she didn’t want anyone in the audience to believe they will have to be afraid of their taxes going up.

Fred Simpson, who resides in the Beacon Mill Village with his wife and are both senior citizens on a fixed income, said he was faced with a $260 or 16.31% increase in their new lease.

“So even if the commission that’s being proposed takes time beyond our lease, to me it’s worth it to let this thing go through and let it get started,” Simpson said.

Debra Bostrom, who has been living in the mobile home park for 43 years, said if they don’t get rent control in their town, most of them will need to leave because of unaffordability.

“Nor does the town have senior housing for us,” Bostrom said. “So we have to go elsewhere. So I think it’s very important that you think about your neighbors who are struggling.”

“I bought my mobile home because I wanted to be secure and capable of paying my mortgage and rent on my own. That’s going to start changing in the next couple of years. I know that this is going to get harder,” Dana said. “I just think that things should be equal.”

Smith, who said he’s been a tenant and a landlord, said before the vote that the alternative to the commission would be for residents to band together, hire an attorney and fight the increases in court.