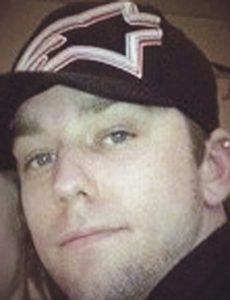 Edward was born in Waterbury on April 7, 1987 and is the son of Mary Nanette (Bradford) Harris and step father Douglas Harris of Naugatuck and is predeceased by his father Edward Paul Wall, Sr. He worked as a mechanic and landscaper and enjoyed camping, fishing and cars and trucks, especially Ford trucks.

Edward is also survived by his daughter: Mia Wall of Waterbury, his sons: Nolan and Bentley Wall both of Florida, his brothers: Timothy Servidas and his wife Jennifer of Naugatuck and Kyle Harris of Naugatuck, his sister: Rikki Harris of Naugatuck, his grandfather: Elgin Turner of Missouri, his aunt, “second mother”: Laurie Wall-Grey, who was always there for him, no matter what and many aunts, uncles and cousins.

He was predeceased by his grandparents: Mary Turner, Elsie Wall and Joseph Wall.