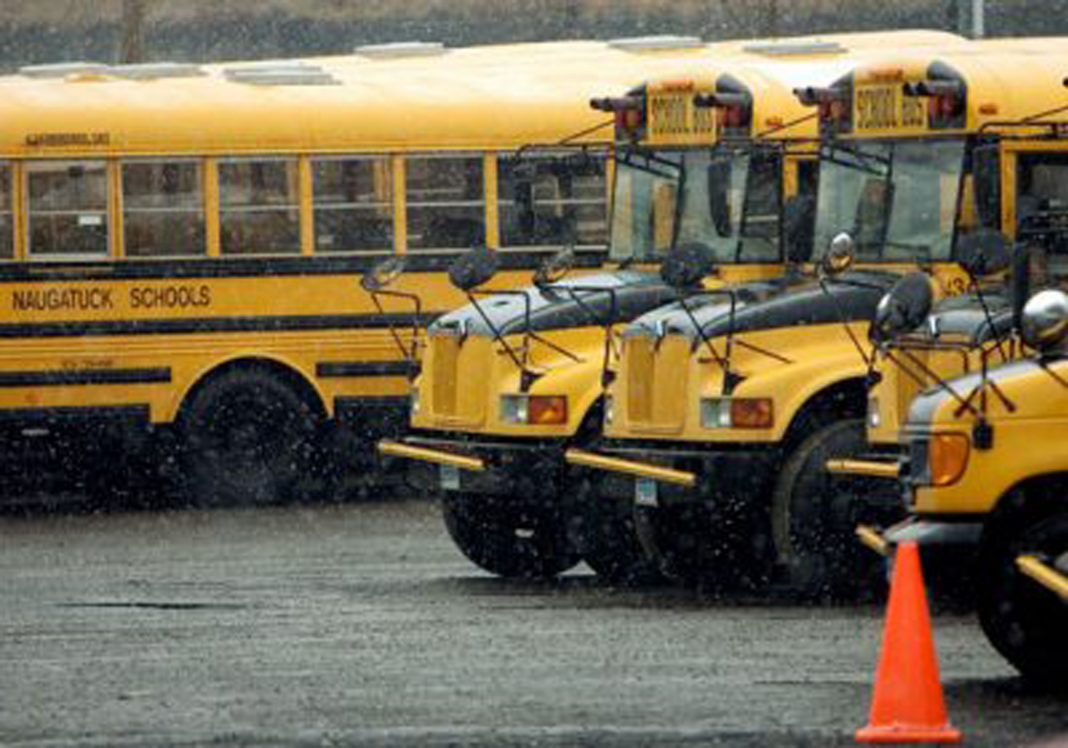 BEACON FALLS — A lack of school bus drivers for the Region 16 school district resulted in some school bus routes being combined.

Region 16 school district transportation coordinator Michele Raynor said the district had a shortage of school bus drivers on Monday due to employees who called out sick with COVID-19 and other drivers who quit.

All Star Transportation, which provides the school buses and drivers, to the district which is comprised of Beacon Falls and Prospect, has collapsed or combined some of the district’s bus routes, Raynor said.

Three school bus routes were condensed in Beacon Falls but the routes in Prospect stayed the same according to All Star Transportation general manager Steve Gardner.

Gardner said at least a few bus drivers were out on Monday but was unable to say exactly how many. There were about 29 bus drivers at the start of the school year, he added.

Raynor said coming into the winter break school officials were seeing more of this happening.

“We were concerned we were going to see an uptick but we were fortunate to manage this and keep kids in school.” Raynor said.

All Star Transportation officials knew this was going to happen and reached out to school superintendents prior to winter vacation according to Gardner.

“We had expressed our concerns before break,” Gardner said. “We just knew that with two holidays, people traveling, not wearing masks, we knew we were going to have a problem.”

There were some school districts that had huge amounts of call outs, Gardner added.

“Right out of the holiday break, there has been an unprecedented number of folks that have called out sick,” said Ann Baldwin, spokeswoman for Connecticut School Transportation Association (COSTA). “That has had a huge additional impact on an already serious problem.”

COSTA represents 67 school bus companies across the state. Baldwin said due to the large number of the companies her organization represents, it’s hard to track exactly how many drivers in the state miss work on a daily basis.

However, she said, Monday, Jan. 3 proved that COSTA has to continue pushing for more licensed drivers on the road and to retain already employed drivers. The company is willing to do whatever it takes to get students to and from school, Baldwin said.

It was unclear whether the Naugatuck School District experienced any shortages of school bus drivers.

Attempts to contact Superintendent of Schools of Schools Christopher Montini and Board of Education Chairman Jeffrey Litke were unsuccessful as of press time.

Republican American contributed to this report.